The Hashemite Kingdom of Jordan takes it name from the Jordan River that forms the nation’s western border. Beyond the river is the Israeli-occupied West Bank. Since its independence in 1946, Jordan has had an ambivalent relationship with both Israel and the Palestinians. Jordan sided with other Arab League states in the 1948 Arab-Israeli War and in the 1967 Arab-Israeli War. The first war displaced 70,000 Palestinian refugees into Jordan and resulted in Jordanian rule over 740,000 more Palestinians in the  West Bank. After its victory in 1967, Israel occupied the Jordanian West Bank. Tensions between Palestinians and Jordanians came to a head in 1970, when the Palestinian Liberation Organization attempted a coup against Jordan’s King Hussein II. Relations between Jordan and Israel improved after the two nations signed a treaty in 1994, in which Jordan gave up its claims to the West Bank and formally recognized Israel. Jordan also played a key role in the 2002 Arab Peace Initiative with Israel. 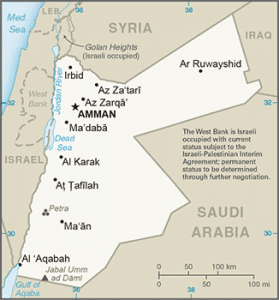 Churches for Middle East Peace (CMEP) believes that working towards a just and lasting solution to the Palestinian-Israeli conflict would not only serve the cause of peace and justice in the Holy Land but also promote peace in the Middle East region in general.

Not only has Jordan played a seminal role as a peacemaker in the Palestinian-Israeli Conflict, but has also made significant strides in interfaith dialogue. In 2005, 200 Islamic scholars met in Amman to draft a statement defining legitimate Islam and denouncing extremism, known as the Amman Message. A second statement in 2007, signed by 138 Muslim scholars, presents the common ground between Islam and Christianity.

CMEP Recognizes the religious importance of the Middle East to Jews, Christians, and Muslims and others; to protect the religious freedom of all as well as support measures to ensure the viability of the historic Christian community in the region.

Jordan has also gone to unprecedented lengths to accommodate refugees displaced by many of the conflicts in the Middle East. The United Nations Relief and Works Agency (UNRWA) operates 171 schools, 25 health clinics, 14 women’s centers, and two vocational training centers in Jordan to meet the needs of its Palestinian refugee population. These services are threatened by cuts in US funding. In addition to the 2.1 million Palestinian refugees, Jordan currently hosts over 750,000 refugees from Syria, Iraq, and Yemen. The increase of refugees in Jordan has exacerbated the country’s water crisis. Jordan has rationed water since the 1980s, but many refugees–particularly those from Syria–are not used to conserving water. 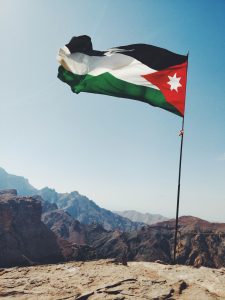 CMEP advocates the respect for human rights of refugees and displaced people based on full observance of the Geneva Conventions and other international law agreements.

Facts at a Glance:

How Jordan Responded to Israel’s Peace Plans, Atlantic Council, May 2020

Arab Peace Initiative [2002]
“Having heard the statement in which His Royal Highness Prince Abdullah bin Abdul-Aziz, Crown Prince of the Kingdom of Saudi Arabia, presented his Initiative and called for Israel’s full withdrawal from all the Arab territories that have been occupied since 1967, in implementation of Security Council resolutions 242 (1967) and 338 (1973) as confirmed by the 1991 Madrid Conference and the principle of land for peace, and for its acceptance of the emergence of an independent and sovereign Palestinian State with East Jerusalem as its capital in return for the establishment by the Arab States of normal relations in the context of a comprehensive peace with Israel.” Read More 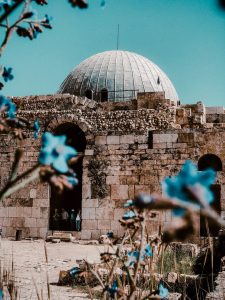 Jordan: International Religious Freedom Report, U.S. Department of State, 2017
“The constitution declares Islam the religion of the state but safeguards ‘the free exercise of all forms of worship and religious rites’ as long as these are consistent with public order and morality. The constitution stipulates there shall be no discrimination based on religion. The constitution and the law accord primacy to sharia, which includes a prohibition against Muslims from converting to another religion, although conversions of Muslims continued to occur. According to the constitution, matters concerning the personal and family status of Muslims come under the jurisdiction of sharia courts, while six Christian groups have religious courts to address such matters for their members.” Read More

Guide: Christians in the Middle East, BBC
Jordan’s Christian population has dropped from about 5% of the population in 1970 to the current estimated 3%. The main Churches are Eastern and Western-rite Catholic and the Greek Orthodox.There is generally freedom of religion, apart for Muslims converting to Christianity who sometimes face severe discrimination. Read More

The Amman Message
“In this declaration we speak frankly to the [Islamic] nation, at this difficult juncture in its history, regarding the perils that beset it. We are aware of the challenges confronting the nation, threatening its identity, assailing its tenets (kalima), and working to distort its religion and harm what is sacred to it. Today the magnanimous message of Islam faces a vicious attack from those who through distortion and fabrication try to portray Islam as an enemy to them. It is also under attack from some who claim affiliation with Islam and commit irresponsible acts in its name.” Read More

A Common Word Between You and Us
“In A Common Word Between Us and You, 138 Muslim scholars, clerics and intellectuals have unanimously come together for the first time since the days of the Prophet to declare the common ground between Christianity and Islam. Like the Open Letter, the signatories to this message come from every denomination and school of thought in Islam. Every major Islamic country or region in the world is represented in this message, which is addressed to the leaders of all the world’s churches, and indeed to all Christians everywhere.” Read More

10 Facts about the Syrian Refugee Crisis in Jordan, November 2019 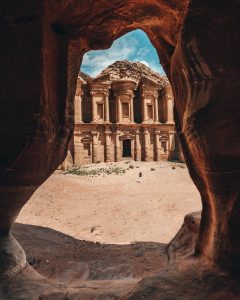 Jordan, UNHCR, 2018
“Jordan is one of the countries most affected by the Syria crisis, with the second highest share of refugees compared to its population in the world, 89 refugees per 1,000 inhabitants.” Read More

Jordan–Zaatari Refugee Camp, UNHCR, 2018
“Zaatari Camp, close to Jordan’s northern border with Syria has become emblematic of the displacement of Syrians across the Middle East following its establishment in 2012. In that time, the camp’s evolution, from a small collection of tents into an urban settlement of some 80,000 persons reflects both the needs and aspirations of the camp’s residents and a transition to a more predictable, cost effective and participatory platform for the delivery of assistance.” Read More

Tapped Out: Water Scarcity and the Refugee Pressures in Jordan, Mercy Corps, 2014
“JORDAN, one of the world’s driest countries, is dumping much of its water into the sand. Aging infrastructure is the culprit. Of all the water Jordan pumps, billions of liters never reach a family’s tap. Instead it gushes out of broken pipes. The amount of water lost nation-wide could satisfy the needs of 2.6 million people – more than a third of Jordan’s current population.” Read More