Map showing Areas A, B, and C of the West Bank

The presence of historical Jewish sites in the West Bank dating back to the ancient Israelite kingdoms of Judah and Samaria (900-500 BC) has motivated many Israelis to settle in the West Bank since 1967. Israeli settlements in the occupied territories violate the duties of an occupying power under Fourth Geneva Convention. The expansion of these settlements together with their network of settler-only roads and security checkpoints has hindered Palestinian development and restricted their freedom of movement.

Churches for Middle East Peace (CMEP) opposes the severe limitations on Palestinian self-determination, freedom of movement, and economic activity posed by settlement expansion. CMEP also fears that these facts on the ground are undermining the possibility of a two-state solution. 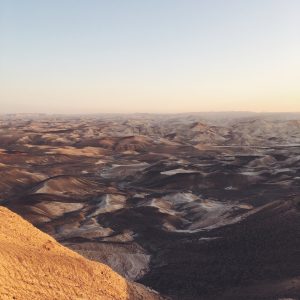 Action Alert: Tell Congress: The Administration’s Peace Plan Must Address the Needs of Palestinians and Israelis. In late 2018, the Trump Administration discussed preparing to release its long-anticipated peace plan for Israel and Palestine. A small team of Trump’s advisers, led by Jared Kushner and Jason Greenblatt, have spent over a year preparing what they claim will be the most comprehensive proposal for an end to the region’s conflict ever introduced. While little is known about the details of this plan, it is clear that Palestinians do not have a seat at the table. The Administration’s recognition of Jerusalem as the capital of Israel, as well as its current attempt to use humanitarian aid as a bargaining chip, indicate that this deal will not address the needs and realities of Palestinians. Settlements and Displacement The existence and continuing expansion of illegal Israeli settlements on Palestinian lands increasingly dims the hopes and realistic prospects for a two-state solution and is a major threat to peace. Read More

Separation Barrier During the Second Intifada in 2003, Israel announced the construction of a barrier to enclose the West Bank. Many Israelis refer to the barrier as the Security Fence, while some Palestinians call it the Apartheid Wall. Only 15 percent follows the 1948 Green Line. The remainder cuts into the West Bank, incorporating Israeli settlements, separating villages from their adjoining lands, and obstructing the local economy. Because of its geographic placement, the barrier has been deemed illegal according to international law. Read More Child Detention  Every year between 500 and 700 Palestinian children are tried in the West Bank under Israeli military law. Ensuring that minors receive treatment in accordance with the needs of their age within criminal justice systems is a widely accepted principle of international law. Read More

Standard of Living in West Bank is Dropping for First Time in Years, World Bank Warns [Haaretz, 2018]
“The unemployment rate in adults under 30 in the West Bank stands at 40 percent, report says; Gaza continues to hurtle towards collapse, and aid cuts to UNRWA will only exacerbate the crisis.” Read More

A Glimpse into the Life of the West Bank’s Last Christians [Haaretz, 2017]
“With a population of about 12,000, Beit Jala and the neighboring towns of Bethlehem and Beit Sahour constitute the main Christian population bloc in the West Bank – locals call it the Triangle – roughly 25,000 people…The Triangle was historically a Christian majority, but in 2007 was about 40 percent Christian and 60 percent Muslim. In Beit Jala, some 70 percent of the population was Christian in 2007, but city officials estimate the number has now dropped to 60 or 65 percent.” Read More

Planning Policy in the West Bank [B’Tselem, 2017]
“In about 70% of Area C – 42% of the West Bank – Israel has blocked Palestinian development by designating large swathes of land as state land, survey land, firing zones, nature reserves and national parks; by allocating land to settlements and their regional councils; or by introducing prohibitions to the area now trapped between the Separation Barrier and the Green Line …” Read More

Water Scarcity Vulnerability Mapping [OCHA, 2011]
“13,723 people in 99 communities are considered at high risk of chronic water scarcity: accessing less than 30 LPCPD (litres per capita per day), often paying more than 20 NIS/cum, having not network nor adequate water storage and relying on low quality water; these communities are in Area C.” Read More