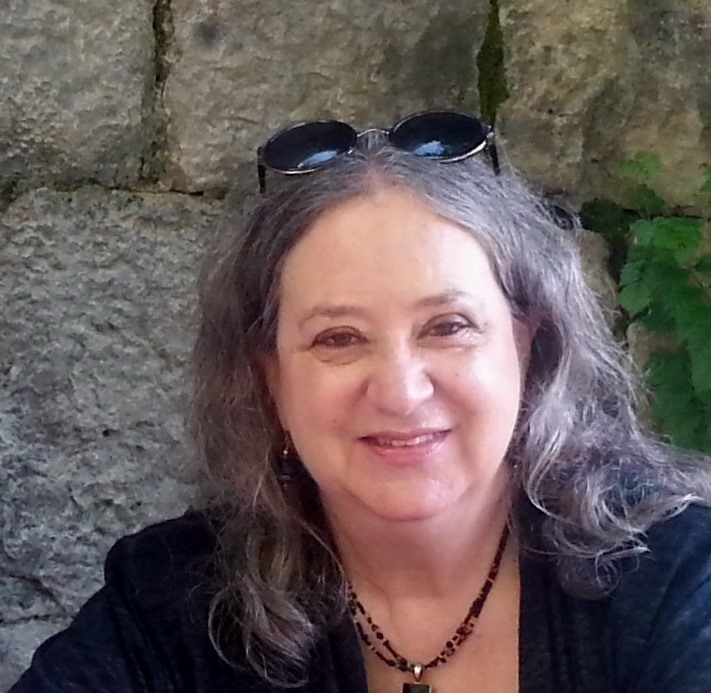 As a peace builder and faith leader within the Messianic Jewish community, Lisa Loden works to promote reconciliation between the Israeli Messianic Jewish and Palestinian Christian communities, and a negotiated settlement to the Israeli-Palestinian conflict. As an expression of her faith and passion, Lisa immigrated to Israel in 1974 and co-founded a Messianic congregation Beit Asaph in Netanya, Israel. Since then, Lisa has been involved with several ecumenical organizations and initiatives.

Working within her faith, Lisa is co-chair of the Lausanne Initiative for Reconciliation in Israel-Palestine (LIRIP). At their conference in January 2016, in Larnaca, Cyprus, which consisted of thirty Palestinian Christians and Messianic Jews, they united under the vision “to promote reconciliation within the body of Christ and our wider communities in Israel and Palestine by creating a network that encourages, under the auspices of the Lausanne Movement, models of gospel-based, Christ-centered reconciliation that will have prophetic impact in relation to the Israeli-Palestinian conflict.”  Through this initiative, they bring people from Israel and Palestine together to examine issues of social justice within the faith community and how they are responding and acting to promote change. Calling on their communities to join in reconciliation efforts, Lisa notes that is important to, “expand beyond the talking points and making a deeper commitment to continually make small changes that lead to a bigger picture.” Read the full Larnaca Statement here.

Despite their differences, they find unity in their commonalities and shared faith. As a group, they produced the Statement of Unity and Statement Against Violence. Within the Statement against Violence, they address some of the realities of occupation, such as physical violence, verbal violence, spiritual violence and institutional violence. While calling for the violence to cease, they also issued a call to prayer for a solution to the conflict and called for a renewed commitment to reconciliation and a just peace for Israel and Palestine.

Lisa turned her reconciliation efforts into collective action during the March of Hope in 2016. Following the Gaza 2014 war, Women Wage Peace founded the initiative March of Hope- an annual march calling for a just and peaceful resolution to the conflict. The March began near the Dead Sea at the baptismal site of Jesus at the Jordan River. With the full support and cooperation from the Palestinian Authority, buses of Palestinian women from the West Bank arrived, greeted in solidarity by Israeli women, all calling “for another way”; “This group appeals to women from every walk of life- grandmothers, teenagers, secular, religious, professional- a whole spectrum of women who said, “there must be another way.”

This grass-roots civic engagement was a “hope inspiring journey,” which connected her with women (and men) all marching with the same heart and commitment to a better future for all Israel and Palestine; “To walk through the streets of Jerusalem, with this number of women, all with one heart and one mind, singing a song “There has to be another way,” it was a very powerful experience, to walk by the Israeli parliament, by the Prime Minister’s residence, the Knesset, we walked the neighborhoods of Jerusalem, some of the commercial areas, women as far as you can see.”

They have a two-fold agenda, which demands a commitment from the Israeli government to provide a solution to the conflict. The second agenda, is that women need to be involved peace negotiations from the very beginning. When women are at the center of peacebuilding, Lisa says, “the agreements that are formed last longer than those made exclusively by men. The United Nations has also recognized that this is the case.”  Read more here, about Lisa’s experience at the March for Hope.

Lisa also works to educate through theological models of reconciliation, which provide a way forward through faith. As a board member of Musalaha (non-profit organization founded in 1990 that promotes and facilitates reconciliation between Israelis and Palestinians from diverse ethnic and religious backgrounds, based on Biblical Principles of Reconciliation) and educator, Lisa co-authored “Through My Enemy’s Eyes: Envisioning Reconciliation in Israel-Palestine” with Musalaha Director and Palestinian Christian, Salim J. Munayer. The book first addresses the history of the conflict through both Israeli and Palestinian narratives and how the narratives perpetuate the conflict.  Following, they provide a larger narrative that both Israeli Messianic Jews and Palestinian Christians share through the redemption of the Messiah and present a shared theology of reconciliation.

These communal reconciliation and peace efforts are vital to reaching U.S audiences. Lisa says that in a U.S context, “It is very important to see that there is more than the polarization and that there are people who are bridging the gap and working together – not just talking together but looking to the future, dreaming together, joining hands together, cooperating and helping one another and speaking out to their communities. It is important for the world to see that there is more than just a conflict with people on both sides unwilling to move. I think it’s important that in the U.S, people see that it is not just “pro- Israel” or “pro-Palestine” and that there is another reality here.

CMEP is continually inspired by peace builders and faith leaders like Lisa Loden.

Please join us this June 17-19, 2018 in Washington, D.C. at CMEP’s Advocacy Summit And Still We Rise, to meet Lisa Loden and other incredible women making peace in their communities in the Middle East.

God of the Universe, we pray for faith leaders in the Holy Land working to address issues in their communities and unite under in a shared commitment  as they work towards peace and justice. We ask that you would guide their efforts in building bridges and relationships and give them hope in the midst of conflict to continue their work. Help us as we continuously seek ways to support them and actively pursue a just peace.

This story was written by a volunteer at Churches for Middle East Peace (CMEP).