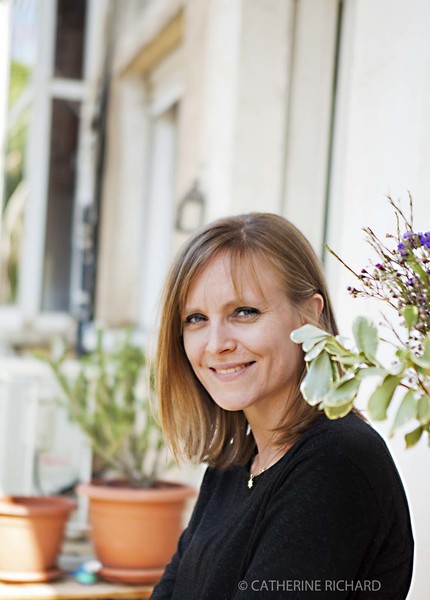 Sarah Linder is a collector of stories. A current resident of Israel originally from Denmark, Sarah was also raised in France, Switzerland, and Belgium. With a Danish mother and Israeli father, she brings a unique and multilingual perspective to storytelling that has helped build bridges within Israeli society. After moving to Israel in 2006, Sarah developed her interest in storytelling through her undergraduate studies in Government, Diplomacy, and Strategy, at the Interdisciplinary Center Herzliya (IDC). She then pursued a Master’s degree at Tel Aviv University in Middle Eastern History. Through her studies, she noticed that most dialogues concerning policy-making was male-dominated, with a distinct lack of a female perspective.

As a result, Sarah developed an interest in feminism, the female perspective within conflict, and the role of women as peacemakers, which led her to establish a Feminist Forum at her alma mater, IDC, in 2009, followed by the initiative Political is Personal (PiP) in 2015. PiP serves as a platform for both Israeli and Palestinian women to share their stories, highlighting their everyday lives and experiences within the Israeli/Palestinian conflict.

As an Israeli resident raised in Europe, Sarah brings to this platform an understanding of Israel’s national ethos, while placing herself in the middle ground between the Israeli and Palestinian perspective. The focus of PiP, she says, is to highlight each woman’s different viewpoints, while directing the attention to their shared identity as females in the midst of conflict. The goal is to maintain a platform in which women are comfortable sharing their raw and honest stories, which they know will be valued and shared.

While conducting these in-depth interviews, Sarah said she realized that she brought her own preconceptions that she needed to address. When given the opportunity to interview women from Gaza, Sarah initially suspected that they would be wary of sharing their stories with Israeli women. Instead, Sarah found the women from Gaza to be very open and honest, sharing their daily struggles and personal pursuits in the midst of the ongoing conflict.

A guiding principle for Sarah is presenting the voices and stories in an unfiltered way. This ensures that each story is honored as it is magnified for a broad audience. Every woman featured on PiP knows that their voice matters and their story has inherent value within the larger conflict that they bear witness to.

Hearing all of these different stories, resulted in a large grey area to take shape for her, replacing the typical binary manner in which stories from this conflict are often presented. She has grown wary and critical of the news. However, knowing the voices behind news stories have personalized the conflict for her in a way which she knows she cannot walk away from. Instead, she prefers to directly contact the women whose stories she has heard for context behind news events.

The perspective of ordinary women presents the most value in terms of understanding the female experience within the conflict. There is no need to seek out sensational stories when extraordinary women are creating stories through their everyday lives. And while building a platform to magnify these stories is not directly a peace initiative, she emphasizes that these stories fill a critical gap within Israeli and Palestinian societies.

Sarah believes these stories complement the work of organizations such as Women Wage Peace, by elevating various narratives and demonstrate the importance of each woman’s voice. This bank of stories ensures that each account is accessible to the public, and that bridges are built as common ground is discovered. The hope is that within such a platform, women will not only recognize the inherent value in their own story, but in their neighbor’s as well.

Prayer: God, I thank you for the stories of each woman Sarah has interviewed for PiP and their willingness to enter a place of vulnerability for their voices to be heard. Thank you for women such as Sarah, who recognize the inherent value in each of these voices, and the power that their stories hold to build bridges. In the midst of tension and uncertainty within Israel and Palestine today, please elevate their stories, and fill more women with the courage to share their stories as well. Help each of us to be active listeners that honor these stories, and to share them within our communities to cultivate a better understanding of the Holy Land and the women within it. Amen.