As Jesus was now approaching the path down from the Mount of Olives, the whole multitude of the disciples began to praise God joyfully with a loud voice for all the deeds of power that they had seen, saying,
“Blessed is the king
who comes in the name of the Lord!
Peace in heaven,
and glory in the highest heaven!”
Some of the Pharisees in the crowd said to him, “Teacher, order your disciples to stop.” He answered, “I tell you, if these were silent, the stones would shout out.” As he came near and saw the city, he wept over it, saying, “If you, even you, had only recognized on this day the things that make for peace! But now they are hidden from your eyes.
Luke 19:37-42

In our passage today, Jesus has entered the city of Jerusalem in triumph. He is greeted by the multitudes as a king; making the events that would transpire in the following days, his arrest and death, even more ironic. As he entered the city of Jerusalem upon the road that is now known as the Triumphal Entry, the multitude of disciples praised God, saying: “Blessed is the king who comes in the name of the Lord! Peace in heaven, and glory in the highest heaven!” Jesus was the king they had all been waiting for, the king who would save them from their oppression while under Roman rule. END_OF_DOCUMENT_TOKEN_TO_BE_REPLACED

Is not this the fast that I choose:
to loose the bonds of injustice,
to undo the thongs of the yoke,
to let the oppressed go free,
and to break every yoke?
Is it not to share your bread with the hungry,
and bring the homeless poor into your house;
when you see the naked, to cover them,
and not to hide yourself from your own kin?
Isaiah 58:6-7

During the Lenten season, Christians around the world partake in the practice of fasting. Fasting is the tradition of abstaining from food for a set period of time. While this custom is often a spiritual discipline which leads to greater faith in God, or allows space in one’s life for God to speak, that is not always the case. In the passage above, the community is being called out for the misuse of this practice. Instead of only requiring the abstaining from food, God reveals to them the kind of fasting required; the kind that changes society to be more just, brings freedom to the oppressed, and cares for the poor. END_OF_DOCUMENT_TOKEN_TO_BE_REPLACED 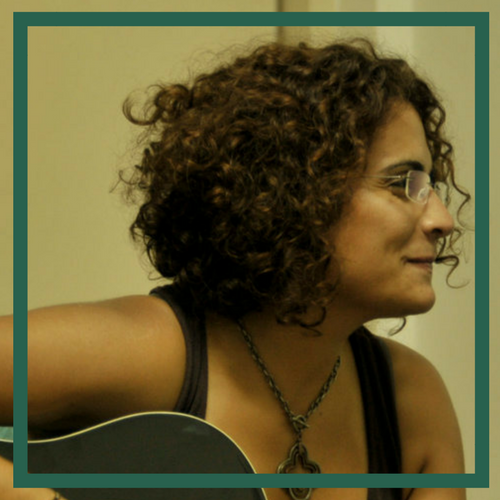 As a Palestinian Christian and citizen of Israel, Shadia Qubti has embodied many identities as she has grown from the role of student to advocate and peacemaker. Originally from Nazareth, one of the largest cities in Israel with a Palestinian population, she grew up in the Baptist church with her faith always playing a large role in her identity. She describes her faith during her formative years as giving her a place of belonging, especially when growing up with the identity of a “minority of a minority” as a Palestinian Christian and citizen of Israel. END_OF_DOCUMENT_TOKEN_TO_BE_REPLACED

After this there was a feast of the Jews, and Jesus went up to Jerusalem. Now there is in Jerusalem by the Sheep Gate a pool, in Aramaic called Bethesda, which has five roofed colonnades. In these lay a multitude of invalids—blind, lame, and paralyzed. One man was there who had been an invalid for thirty-eight years. When Jesus saw him lying there and knew that he had already been there a long time, he said to him, “Do you want to be healed?” the sick man answered him, “Sir, I have no one to put me in the pool when the water is stirred up, and while I am going another steps down before me.” Jesus said to him, “Get up, take your bed, and walk.” And at once the man was healed, and he took up his bed and walked.
John 5:1-9

For Christians, the city of Jerusalem has deep theological significance as the place Jesus often traveled to participate in the traditional Jewish feasts, performed healings, and in the end was crucified, buried, and resurrected. Today, there are many sites that remember these events in Jesus’ life. One of these is the pool of Bethesda, where Jesus healed the man we read about in the beginning of John 5. Today, many Christian pilgrims visit St. Anne’s Church, believed to be the location of the pool of Bethesda as well as the birthplace of Mary, Jesus’ mother. END_OF_DOCUMENT_TOKEN_TO_BE_REPLACED

For the first three Sundays of Lent we will be focusing on Jerusalem as a city shared by three faiths, Judaism, Christianity, and Islam. This week we look closer at the deep meaning Jerusalem holds for the Jewish people. In 1 Kings 8:10-13, we catch a glimpse of the dedication of the First Temple, built by King Solomon. Although the temple has since been destroyed, rebuilt, and destroyed again, this passage captures the significance of Jerusalem as the dwelling place of God. It is for this reason that the Western Wall has become the holiest site in Judaism today, as it is the closest Jews are able to get to the Temple Mount, particularly the Holy of Holies where the Presence of God dwelt. It is generally believed that praying at the Western Wall, either from the Jewish prayer book or by placing prayers in the cracks of the wall, is especially efficacious because of its proximity to the site of the Holy of Holies. END_OF_DOCUMENT_TOKEN_TO_BE_REPLACED 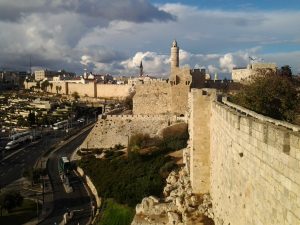 On December 6, 2017, President Trump broke with the precedent set by the last three administrations and announced that he would not be signing the waiver of the Jerusalem Embassy Act of 1995. He argued that the last 20 years of failed negotiations demanded a new approached, and he claimed that this decision was not taking a stance on the final status of the city. END_OF_DOCUMENT_TOKEN_TO_BE_REPLACED