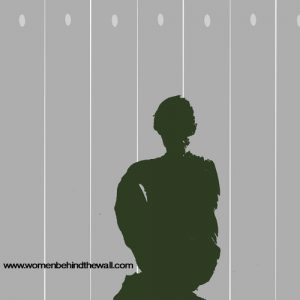 Vicky says she identifies only as Armenian. She grew up in the Armenian Quarter of Jerusalem’s Old City, went to an Armenian school, an Armenian church, and Armenian social events as a child. She says it was not until adulthood that she began to feel a part of the Palestinian community. “For an Armenian, we always have a neutral stance in this conflict. Until I moved to Bethlehem and Beit Jala, and then I started to see a different side of my bubble, let’s say. Although I had Palestinian friends, but like politically, culturally, religiously, I was not involved.”

Vicky talks about being around a community by proximity versus being a part of the community by interaction: “I was only living in Beit Jala and not interacting with anything.” But after attending Bethlehem University with other women, Vicky says it was there where she realized she came from a privileged background. “The Armenian Christians in Jerusalem are privileged in the sense that if we want to get a job in East Jerusalem, we can. And if we want to take a job in West Jerusalem, we can. Because everyone sees us as neutral, and we’re not a threat to anyone’s existence.”

While at Bethlehem University she says she saw women who were trying to change their communities through their education and improve their futures. That is how her perspective of Palestinian women changed. Vicky further explains how her thoughts on the occupation also changed as she encountered it more and saw the restrictions imposed on the Palestinian people. “Again, when you live in your bubble you forget how other communities live and how they are suffering.”

As a minority, where the conflict and occupation dominate the conversation, Vicky speaks about how the Armenian narrative and identity go mostly unknown. “For Palestinians, Armenians are a community that they don’t understand… When the [Armenian] genocide happened in 1915, when we came to Jerusalem, the Palestinians or any other Arab countries, opened their arms for us, and they gave us their country, and we were very comfortable, living in Syria, Lebanon, Bethlehem, and Jerusalem. We were very openly accepted. But also, in Israel, they see us as goyim as non-Jews. So sometimes you are lost in the middle. Like whenever they want, you’re a foreigner, whenever they want, you’re a Palestinian, it depends on the situation. But definitely, we are foreigners for both of them.”

She hopes one day for her family to return to Armenia, and in r­eflecting on life in Israel and Palestine, says she wants something different for her grandchildren than what she had. “I don’t want my grandchildren to have the life that I had, or my kids had. I want them to have at least some kind of freedom. And some kind of choices, because here you don’t have a lot of choice. But at least I want my grandchildren to have choices in life and to enjoy the basic stuff. I don’t want that mental prison to affect them growing up.” Vicky goes on to share memories about how her family’s daily life has been impacted by the occupation, how her sons have witnessed the restriction of movement on Palestinian friends, and how that has translated to the family identifying with a shared struggle for land and human rights.

The episode encompasses a narrative of a woman living behind the wall, maintaining family expectations, while also discovering herself in different roles: as a wife, mother, community member, and now entrepreneur. She sees herself ­­as a positive person, who realizes every community in the world has its own problems and its own struggles. The key for her is contentment. “You don’t need the whole world to live a complete life, or to have inner peace, or to enjoy everything. You need just a small part of it. Being content is the easiest and hardest thing on earth. This is what I am trying to be – content with what I have.”

The Patron Saint Gregory in the Armenian church wrote a prayer that echoes Vicky’s faith and perspective. We pray this for all those in the Holy Land, as well as those experiencing conflict around the world- for those lost in the middle: “Only you can turn the discouragement of blame into joyous praise, shame into resilience, humility into honor, banishment into the hope of goodness, separation into the expectation of reunion, threats into consolation, final condemnation into a second chance at deliverance.” Amen.